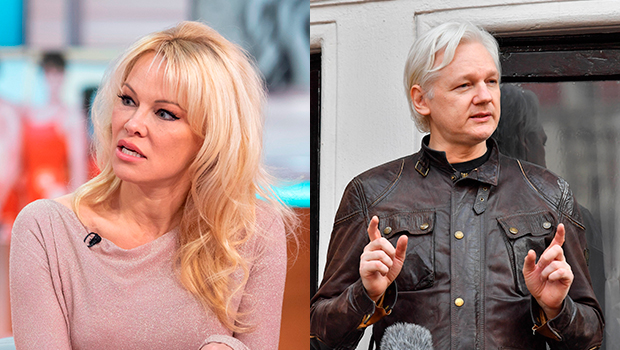 Now that Donald Trump has pardoned Alice Johnson, Pamela Anderson is considering asking him to do the same for Julian Assange! Find out why here!

It’s been a victorious day for Kim Kardashian and Alice Marie Johnson. After serving time in prison for a first-time drug offense, Alice was freed on June 6 thanks to President Donald Trump and the help of Kim. So, what does that mean for others who have been wrongfully imprisoned? Hours after Alice’s big release, paparazzi caught up with Pamela Anderson and asked her if she would ask POTUS to pardon her pal Julian Assange. “I think that would be the smartest move,” Pamela said answering the question. While Julian has yet to be charged, Trump’s recent pardoning spree is making it easier to believe that Julian’s name may in fact be cleared soon. Take a look at Pamela’s clip below!

For those of you who don’t know, the United States opened up a criminal investigation against Julian in 2010 after his site, WikiLeaks, published a series of leaks and classified documents including the Collateral Murder video, the Afghanistan war logs, the Iraq war logs, and Cable gate all provided by Chelsea Manning, according to CNN. Julian later turned himself in to London authorities only to be released on bail and put on house arrest. However, he was then extradited to Sweden, but became a naturalized citizen of Ecuador in 2017. Julian and Wikileaks are reportedly also responsible for the release of more than 1,200 emails from Hilary Clinton’s private server, which was the primal focus of the 2016 presidential election.

Throughout it all, Pamela has been an avid supporter of Julian, and the two were even rumored to be romantically involved after Pamela was spotted visiting the Ecuadorian embassy in 2016. “Julian is trying to free the world by educating it,” Pamela said during an interview with PEOPLE. “It is a romantic struggle– I love him for this,” Pamela continued. So, it looks like she really might consider asking Trump to clear his name!