Open Post: Hosted By A Drunk Woman Riding A Horse Through A Liquor Store Drive-Thru 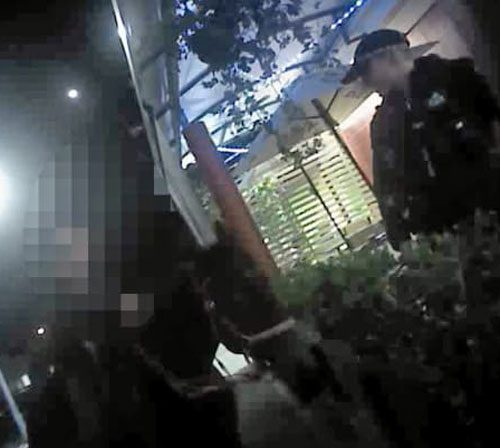 Take a look around you, you’re living in a world where you get busted for doing something responsible like riding something other than a motor vehicle through a liquor store to buy more booze. Although, I do feel for that poor horsey. Getting ridden by a drunk trick while sober is annoying and disappointing. I’ve been there. There’s nothing that kills the mood quite like a plastered mess slurring out, “It can’t get hard, but if I shove it in and pump a bit, it will.”

While at the station, her booze limit was tested and she was four times the legal time. She was charged with HUI (horse riding under the influence). Lady Baileys will have to appear in court on June 26. She faces a maximum of nine months in the clink or a $5,046 fine. The cops issued a statement letting everyone know that it’s illegal to ride drunk on a horse.

“Police want to remind the public that drink driving does not just mean a vehicle, it can include a horse.”

The police also released a grainy video that doesn’t show much, but what is clear is the feeling of embarrassment wafting off of that poor horse. The only thing worse than being with a messy drunk who causes a scene is being with a messy drunk who is so rude that they don’t offer you a drink. I hope the cops bought that horse a shot or three to numb the embarrassment.

I take back what I implied about how it’s shocking this didn’t happen in Florida. This is amateur hour in Florida. If this happened in Florida, it would be the horse who’d get arrested after riding a woman through the drive-thru of an off-brand fast food joint that’s a front for a meth ring. My apologies, Florida!