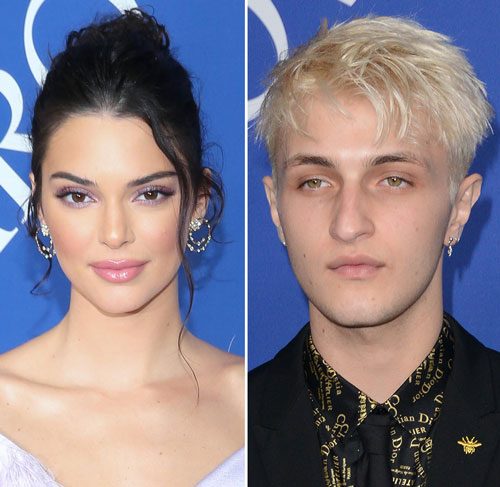 Kendull Jenner, who was supposedly getting on Tinashe’s leftovers, was papped sucking face with Gigi and Bella Hadid’s brother Anwar Hadid, who is giving me broken condom baby of Samantha Ronson and Draco Malfoy in that pic. The last I heard, Anwar was with trust fund nanny terrorizer Nicola Peltz. Who knew that a bunch of boiled stalks of celery could produce such drama? Pimp Mama Kris must be behind this. And Kendull better get Khlozilla to protect her at all times, because Nicola is gonna git her and fuck up those new lips – Just Jared

There’s a rumor that Helena Bonham Carter is the new Bond villain. So I guess this means that the next Bond movie will be the last in the franchise. Because Bond’s brain is going to explode from trying to figure out HBC’s gloriously fucked-up outfits – Lainey Gossip

Erika Jayne IS Puttin’ On The Ritz Barbie – Reality Tea

And as soon as Miss Ross sashayed into the room, I’m sure that baby blew out of Ashlee Simpson’s cooze, because she couldn’t wait to be in the direct presence of such glamour – Celebitchy

Putting the NO in Noah Cyrus – Drunken Stepfather

Did Shawn Mendes come out as a scat queen by saying that he’d buying Justin Bieber’s worn chonies, because you know the Bieb doesn’t wipe – Towleroad

A sexy deer caught in the headlights – Hollywood Tuna

Oh please, Simon Cowell really wants us to believe that he doesn’t have a secret Instagram filled with close-up pictures of his luscious furry tit pies that he looks at every day – OMG Blog