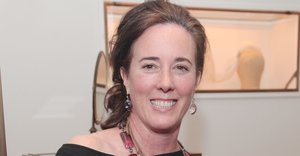 The NYPD confirmed to Access that Kate was found dead in her New York City apartment by her housekeeper.

Kate Spade was born Katherine Noel Brosnahan. Kate rose to fame when she and her partner Andy Spade launched Kate Spade handbags in 1993. Their handbag line turned into a women's fashion brand, including clothing, jewelry, perfume, shoes, lifestyle and more. In 1999, they sold a majority stake of their brand to Neiman Marcus, CNBC reported.

Kate and Andy married in 1994 and welcomed their daughter, Frances Beatrix Spade, in 2005. Andy is the brother of actor David Spade.

Kate and Andy sold their company in full in 2007 in order to raise their daughter.

Kate later launched another fashion brand, Frances Valentine, which was inspired by her family and named after her daughter.