John Mayer Says Jennifer Lawrence Avoids Him Like The Plague 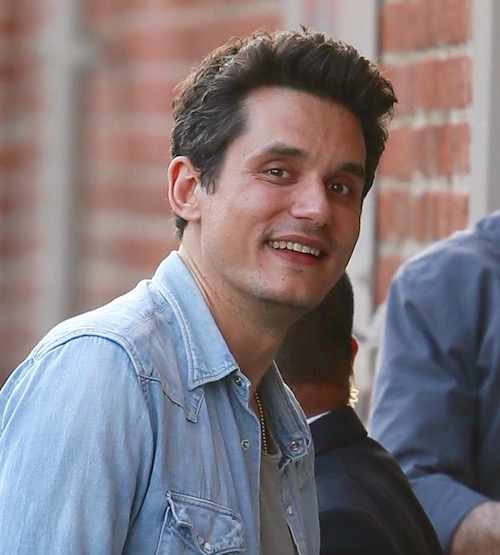 It wasn’t THAT long ago when John Mayer was just as much of a must-have accessory to blonde starlets as Chihuahuas and afternoon shopping trips to Fred Segal. But maybe it was Taylor Swift writing a song about him being a shitty boyfriend – eh, no, it wasn’t that. It was probably that after Taylor, he amassed a phonebook’s worth of women he was a shitty boyfriend to or, in the case of Jessica Simpson, described as sexual napalm after they broke up. So when John showed up to host a special edition of Andy Cohen’s Watch What Happens Live for the host’s 50th birthday, he brought up how Andy’s friends like Jennifer Lawrence take a page from the southerner’s playbook in how to act toward him: love your hair, hate your guts!

Page Six says John particularly called out Jennifer as one of Andy’s A-List hags who avoid him at all cost lest they hear him humming “Your Body Is A Wonderland” and are suddenly inspired to throw their panties at him. He claims Andy’s crew typically puts up with him as a friend, but they still generally avoid him in that “let’s say we’ll do lunch but never follow through” kinda way. At least he seems a tad self-aware that a blonde starlet dating him now is kind of like posting an Instagram video in defense of Harvey Weinstein (who would ever pull a stunt like that?!):

“It’s really, really fun, because if you are someone who cares about your image — and you take this job because it looks right, you don’t take that job — dating John Mayer at this point is conceptually just sort of a no-no. So, it’s really fun to get to hang out with your friends — A-list star friends — who otherwise would be highly uncomfortable sitting around me. And I want to thank you for that.”