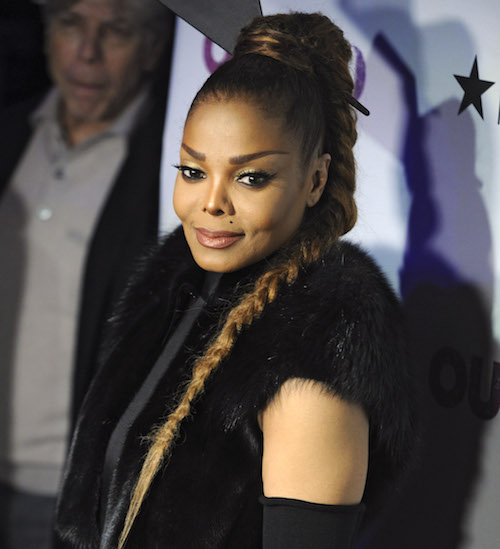 Few things can send tempers flaring into third-degree burn territory faster than a fight over WiFi. I’ve seen friendships destroyed by the words, “Just give me the fucking password for Pretty Fly For A WiFi.” It’s a tense situation, and one that Janet Jackson is now intimately familiar with. The Blast claims to have some more information on what led Janet to call 911 on her ex Wissam Al Mana on Saturday night, and it might have all been started because Wissam wasn’t being generous with the WiFi.

Janet asked Malibu police to do a welfare check on their 1-year-old son Eissa after she received a call from her nanny. The nanny allegedly locked herself in a bathroom to protect herself from Wissam’s “aggressive” behavior. There was also a claim that Wissam was using drugs. The police visited with Wissam and determined everything to be fine. Sources tell The Blast that the nanny wasn’t actually concerned for her safety; she was ratting Wissam out for not giving her access to the hotel room’s WiFi.

Sources say the nanny, who works for Janet, asked for the WiFi password, which Wissam refused, so she called Janet, knowing it would stir things up a bit. That’s when Janet called the police. Wissam allegedly believes Janet was looking for any reason to call the cops on him. They’re currently in the middle of a custody battle over little Eissa.

There’s plenty of drama in Janet’s life that may or may not be her own doing, but it’s not like she needs any help. According to TMZ, if Janet’s got the matches, then her brother Randy Jackson has a bottle of lighter fluid. TMZ claims that Randy is the one who first leaked the story about Janet’s 911 drama. Janet’s fight for Eissa is taking place in London, England. Janet moved there to be with Wissam and had Eissa there. Now she’s trying to get Eissa in the United States. Wissam might have the upper hand in the fight, considering London appears to be their home.

To help tip the scales, Randy is allegedly leaking stories that make Wissam look unstable and Janet look like the solid parent. TMZ says that any mention of “aggressive behavior” came from Randy’s mouth. Sources say the nanny’s phone call was solely regarding the WiFi situation, although there was reportedly a mention of drug use.

Randy allegedly believes his involvement is helping his baby sister Janet win her custody battle. I’m sorry, Randy, but I don’t think so. Randy is a mess. If anything, that custody judge is going to ask who has the least contact with Randy and go from there.