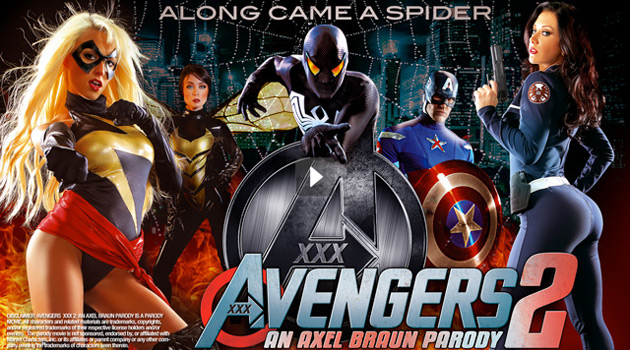 The parody movie premiered in 2015 and was directed by Axel Braun, the self-proclaimed comic book fanboy, who earned a reputation for paying painstaking attention to detail in all his productions.

In the mainstream Avengers: Infinity War movie, the Avengers, and their allies unite to protect the world from threats too big for any single hero to handle.  However, a new danger, Thanos, emerges from the cosmic shadows with a goal of collecting all six Infinity Stones, artifacts of unimaginable power.  The fate of the earth is in the hands of the Avengers.

“We wanted Avengers’ fans to have some alternative fun and we feel this opportunity provides it,” said Marci Hirsch, V.P. Production & Licensing for Vivid.

As part of the comic hero tribute, visitors to Vivid.com will also be able to watch clips from other movies in Vivid’s extensive SuperXXXHeroes series.