‘Bachelorette’ Star Garrett Walked Out On Wife After Only 6 Months Together: More Trouble Ahead for Becca? 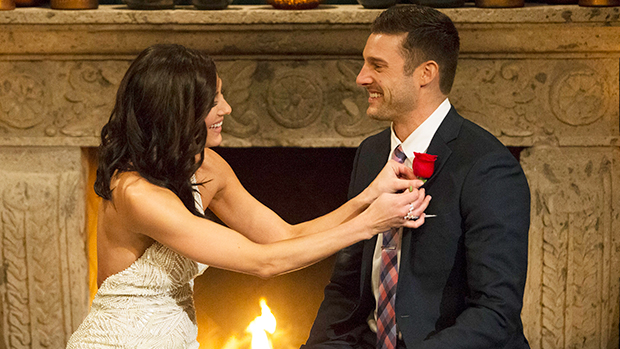 ‘Bachelorette’ Star Garrett Walked Out On Wife After Only 6 Months Together: More Trouble Ahead for Becca?

Garrett Yrigoyen’s past is even more troubling than we already knew! ‘The Bachelorette’ contestant left his ex-wife just 6 months after they got married, and her friend says it was ugly.

On The Bachelorette, host Chris Harrison said Garrett Yrigoyen, 29, was “heartbroken” over the end of his first marriage. Don’t believe that, says a friend of his ex-wife, Kayla Cunningham! Garrett reportedly walked out on Kayla just six months after they tied the knot. The friend claims he suddenly changed after they got married, allegedly acting “cold and disrespectful” toward Kayla and her family — and one day, “he packed up all his crap,” she told Life & Style Magazine.

“A week later, he said he wanted half of everything,” the friend explained. After a lengthy court battle (their divorce was finalized in March 2016) “she had to give him some money.” Kayla’s family “felt like she had been scammed. Why did he marry her and have her family spend thousands of dollars on the wedding, and then all of a sudden say, ‘I just can’t do this anymore?'” Good question!

Kayla’s friend relayed a warning to The Bachelorette star Becca Kufrin, 28, who is currently being wooed by Garrett on the show. “I want Becca to know the truth about Garrett. He’s a nice guy at first, but she needs to watch out.” Becca’s already defended Garrett in his current controversy, so we’ll see if she heeds that warning. It was recently discovered that Garrett had “liked” a series of transphobic, anti-immigrant, and sexist social media posts, and while he has since apologized, some fans don’t think it was enough. Becca said in an interview with Extra that she believed his apology was sincere and accepted him. She does not think he’s racist, sexist, or intolerant. Will she defend him against this latest controversy?