Amber Heard Breaks Down During Emotional Speech About Syrian Refugees

Amber Heard couldn’t contain her emotions while reflecting about a recent trip to Jordan.

The Justice League star got candid about about her visit to hospital inside a Syrian refugee camp during The Syrian American Medical Society’s Voices in Displacement Gala at Riviera 31 in Los Angeles Friday, May 4. While speaking onstage about the trip, which she embarked on as a part of a medical mission with the Syrian American Medical Society, the 32-year-old actress almost burst into tears when talking about her meeting with a little girl named Weam, whose family couldn’t afford her medication for her blood condition.

“The amount it costs for her medication is impossible for her family to afford, meaning she’s dying, [but] smiling at me and thanking me for being there,” Amber recalled to the crowd — including Kourtney Kardashian and Younes Bendjima — as she grew teary-eyed, explaining how the money it takes to “keep her alive is relatively nominal” for people in developed nations. “She just left such an impression on me. Her consequence is so frustratingly avoidable and fixable should more people [and] individuals take action.”

“SAMS is not there to push a political agenda. They’re not there to rally for any cause,” she continued. “They’re there to fight for the human, and people like Weam should not die over the amount of money people spend without even thinking about it.”

Amber, who recently donated the money from her divorce settlement with Johnny Depp to Children’s Hospital Los Angeles, told Celebuzz! on the red carpet the visit was “incredibly rewarding and invaluable.”

“I think there’s no reason to live this life unless you’re going to leave it slightly better than it was when you came into it,” she said to a group of reporters. “This is the kind of thing that changes your whole perspective, restores your faith in humanity, and challenges the preconceived notions of things that you took granted before.” 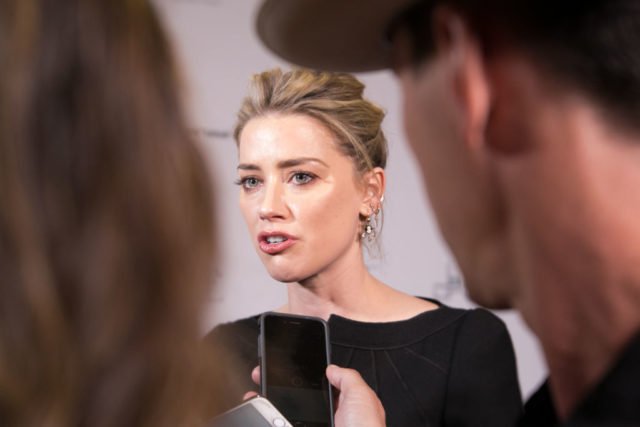